Petteri Roponen
February 21st 2019
JSConf Hawai’i took place in Honolulu between February 7th and 8th. About 300 tech people around the globe took part in the conference that was held for the first time in history. As the name suggests, the conference was (mostly) about JavaScript and its surrounding community. Because of the very special location the conference mission was described as “provide a fun, unique and welcoming environment where diversity thrives”. And that is what it really was.
Vincit attended the conference with a fairly large delegation: three developers from the California office and four from Helsinki. The first thing we learned about Hawai’i was that the weather can be really unpredictable in the winter time. Heavy showers were a common sight, but the very next moment the sun was burning high in the sky. The temperature was pleasant being between 70 to 80 F° (21 to 27 C°) through day and night. The surrounding area of the conference was Marriott Waikiki Hotel just next to the famous Waikiki beach. The attendees were offered a discount to the rooms which were upgraded to have an ocean view. Nice!
The presentations started on Thursday but some program was arranged already before that. On Wednesday evening the folks gathered to a dinner roulette for general chatting and getting to know each other. The actual conference days started with breakfast, and lunches and snacks were served by the organizer as well. It was relaxing to enjoy the meal box under a palm tree on the Waikiki beach sands. After the first conference day, the party gathered to Honolulu Zoo to enjoy the beautiful environment, music, and delicious dinner buffet. The conference ended with a happy hour including drink tickets on the hotel’s pool patio. 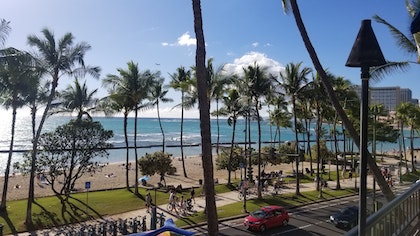 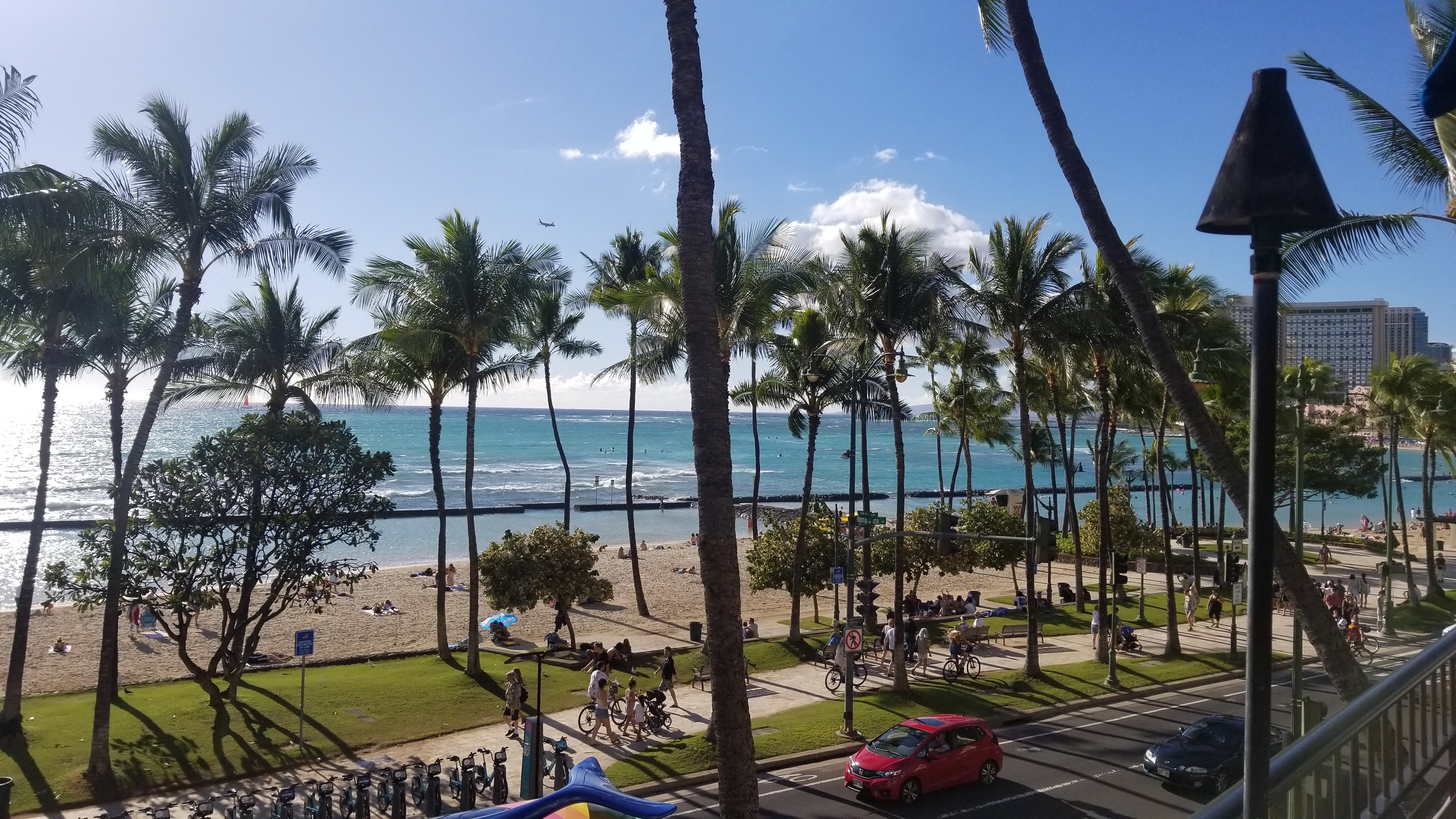 During the two intensive days, 23 presentations were given, all in the same room. Talking time was boxed to less than 30 minutes, which made the presentations stay mostly in focus. The presentations themselves left us with somewhat mixed feelings. We as a group of technology oriented developers naturally expected to see a lot of advanced topics going deep into the core of technology. Some of the presentations gave us that. For a few highlights, an introduction to Babel macros, how Airbnb adopted TypeScript in large scale, applications of ES6 generators, how Facebook is tuning the performance of its React Native mobile apps and implementing serverless architectures were some that hit us right to the target.
Aside from the tech-heavy talks many of the topics addressed JavaScript lightly or even not at all. We saw presentations about (tech-independent) algorithms, design and general applications of recent technology. Some of the JS presentations covered very basic topics and were clearly targeted at more junior level developers. A great thing was that all the presenters were true professionals and we saw a nice mix of different personalities and presentation styles. We saw people from Facebook, Mozilla, Airbnb, Disney, Slack and from many other interesting companies.
After all the main focus of the conference was not in technology itself. The three values of the conference were Community, Diversity and Fun and that is what it was all about. It was tech and JavaScript community gathering to an inspirational and diverse environment to have good talks and a lot of fun. Even though it was the first instance of the event, it was professionally organized and everything functioned nice and smooth. I fully enjoyed all three days and am honored that I was part of such a great event!
Mahalo! 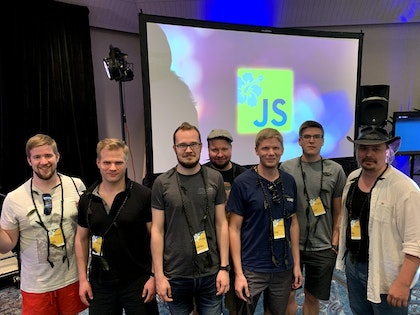 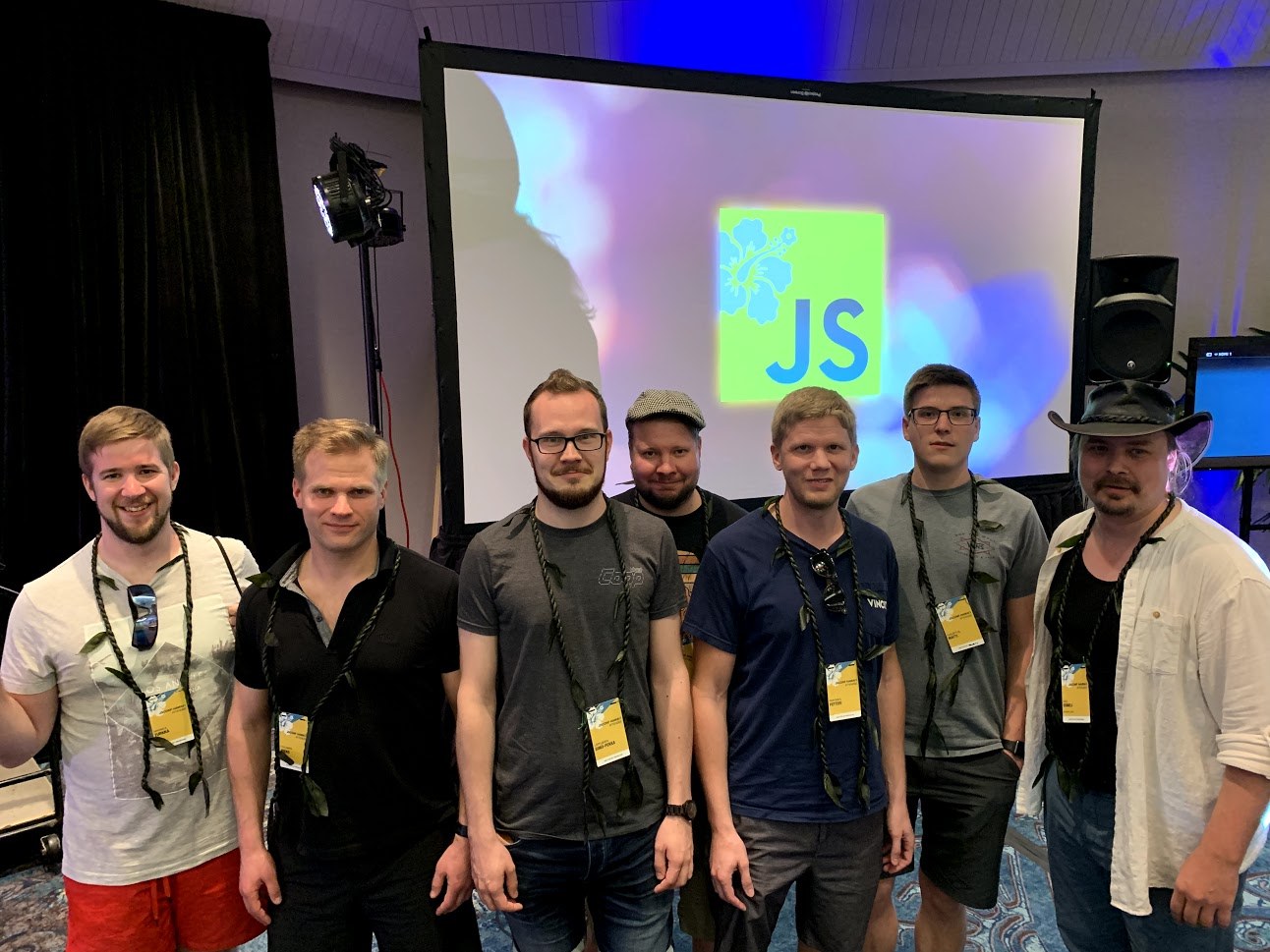 Petteri Roponen
Lead Developer at Vincit California. Designing and building software in collaboration with other people is my passion.
Next up
Technology
Why and How to Outsource Software Development
When properly utilized, outsourcing can help streamline your business operations more strategically and help you gain a competitive advantage. In software development, outsourcing can yield the highest quality results most efficiently but it's significant to know when and how to outsource software development.
Hans Vallden
2019-11-18
Culture
Vincit California 2019 in a Nutshell
2019 was a thrilling year at Vincit California.
Ville Houttu
2020-02-06
Culture
Empty Promises and Other Heresay
How functional programming in Clojure made me a better person
Toni Vanhala
2017-08-30
Podcast
Hire Power Radio Show & Podcast
Learn the most advanced recruiting techniques. Land the most desirable talent. Launch your company towards massive success. This is the Hire Power Radio Show with Rick Girard.
Ville Houttu
2019-07-11