Ryan Padilla
May 8th 2020
If your custom fonts are starting to drive you mad in your react-native projects, you're not alone! The font inconsistency issues between platforms have been in part due to iOS ignoring a font property that android doesn't. Additionally, there are some react-native text style properties enabled by default that could affect the android rendering. There are probably other reasons, but after tinkering with the font files and mentioned style properties you can fix these issues. Lets jump into it!

What you will need

Be sure to download the correct version of the font tool suite that corresponds to your xcode version.

To fix the issues, you'll first need to visualize them. Creating a view with text components surrounded by borders is a good way to do so (credit to this blog post). 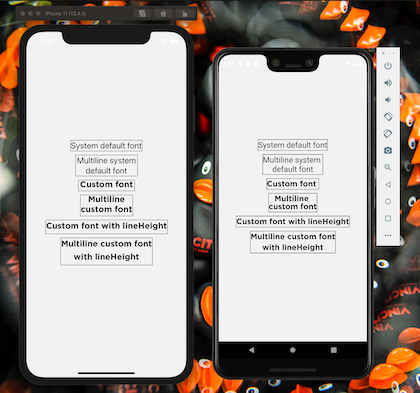 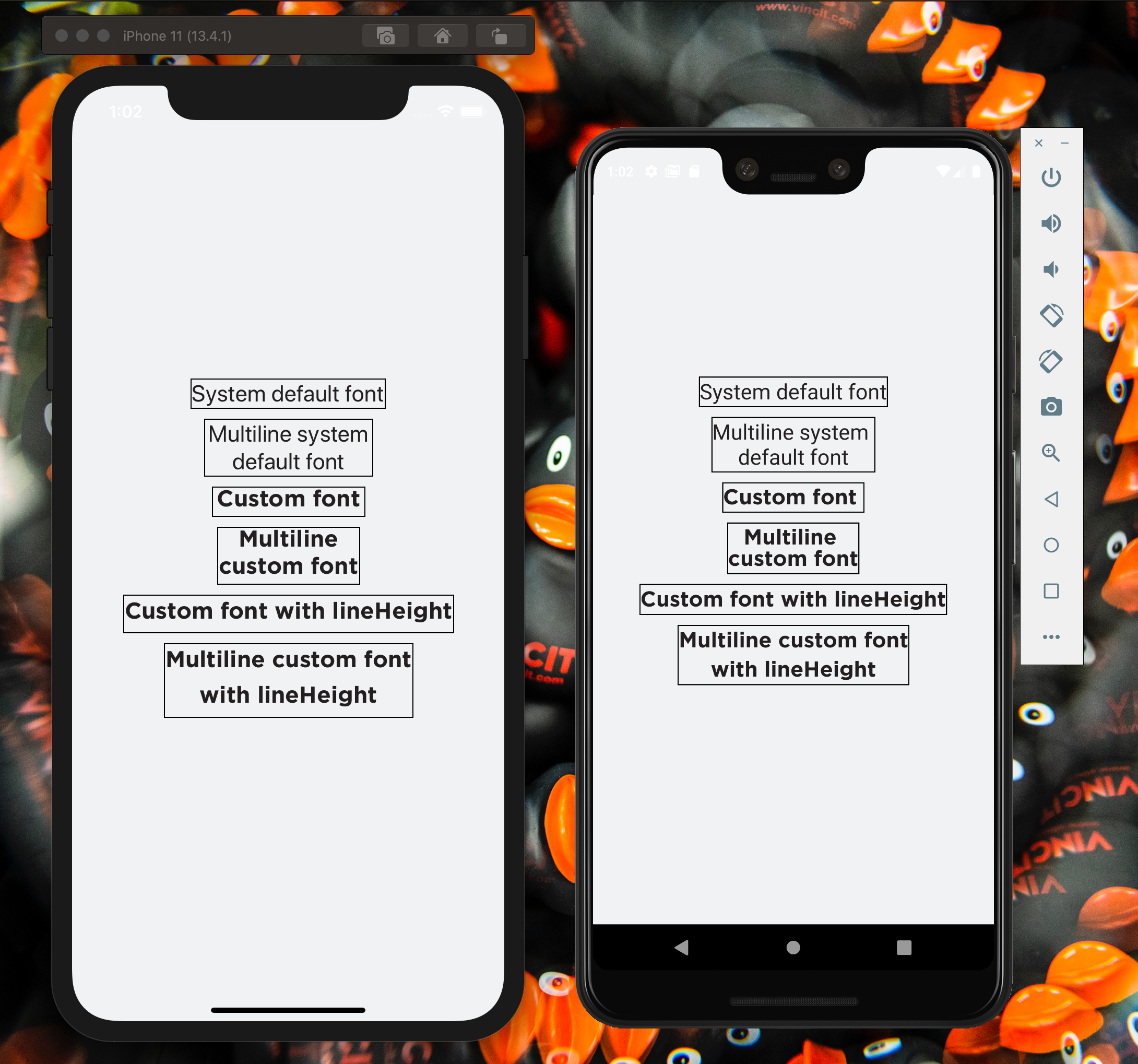 I'm using Gotham-Bold as my custom font, with the following components rendering the text:
To get the border, add this to your styles to match my example:
I've found it's good to have an example with lineHeight set as well, since that also gets affected differently, in my example i have lineHeight: 30 in styles.customText.
On closer inspection, we can see that the font is not centered within its box properly. Time to tackle that!

Generating .hhea.xml files from a font

We will be editing .hhea.xml files to change the font styles, in my case I'll be editing the Gotham-Bold font. To generate the xml for a font, run the following from the react-native project root:
You will need to do this for all fonts you'll be editing.

Updating the xml files to fix font behavior usually involves changing the ascender, descender, and lineGap properties. As of now, iOS doesn’t respect lineGap, so I’ve been setting it to "0". After that, usually tinkering around with the other two should be enough, though I favor changing ascender first. I’ve heard mention of changing numberOfHMetrics, but apparently there is a min value for that based on another font property.
As a starting rule of thumb, I'd use Martin Adamko's suggestion of setting lineGap to "0" and then adding the replaced value of lineGap to ascender.

If your fonts are still slightly off, try setting includeFontPadding to false and textAlignVertical to ‘center’ in your font styles. The includeFontPadding text style prop is enabled by default in react-native, but for some fonts, it can make them misaligned when centered vertically on android. The docs describe this behavior in more detail.
After trying these methods, you should end up with consistent custom fonts! 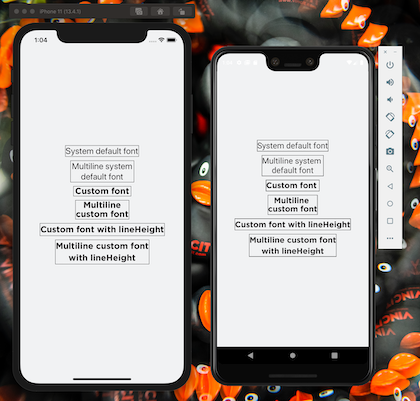 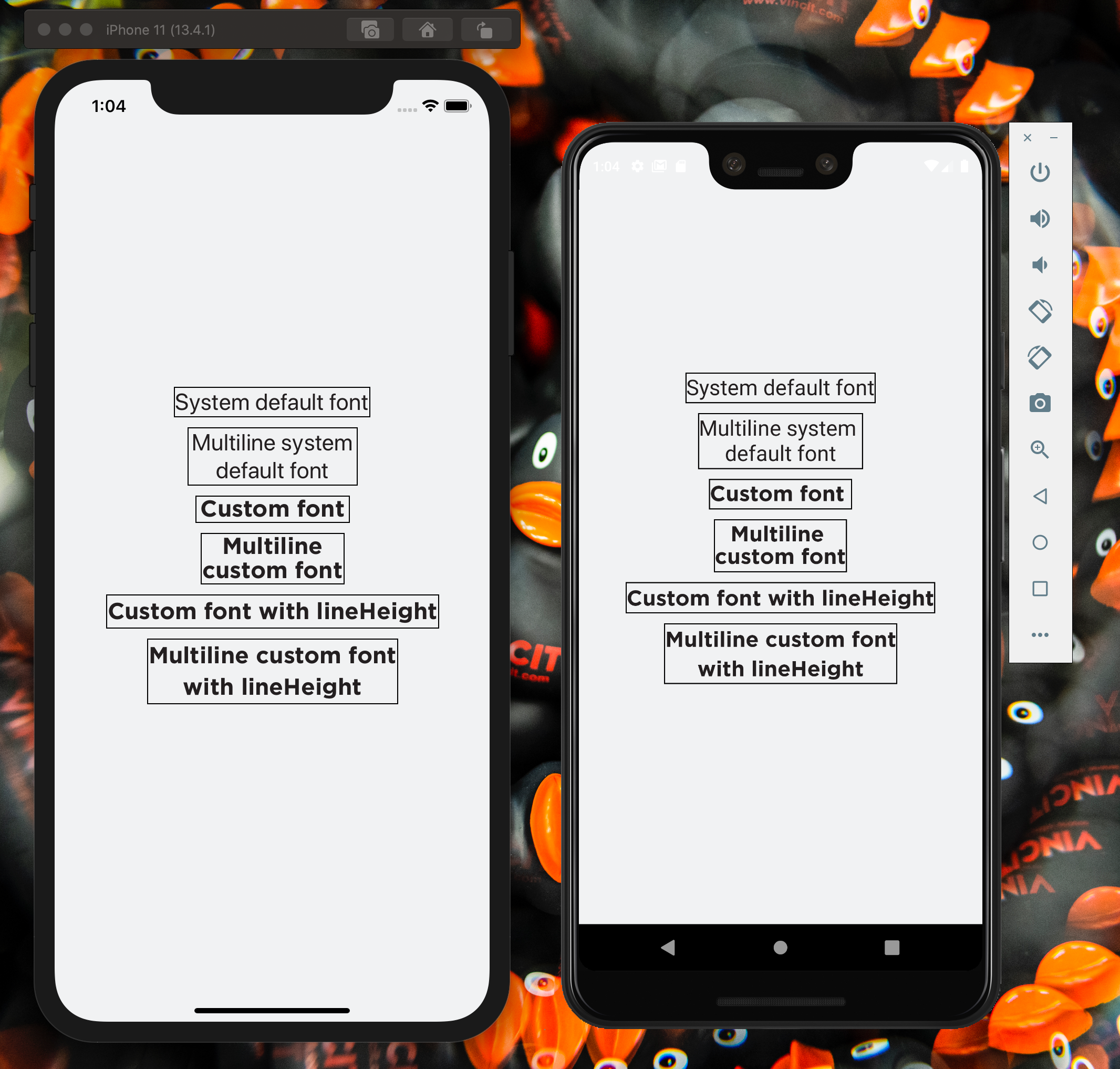 Ryan Padilla
Passionate Software Developer at Vincit
Next up
Technology
Overview of Mobile Development Frameworks in 2019 | Native, React Native, Flutter and Others
This is part of a series of blog posts written over the last six years. The blog posts are about mobile development technologies. They don't go really deep into the technical details, but rather provide an overview of the techs: when you should use them and when not to.
Juha Riippi
2019-03-06
Technology
The New Features in React DevTools 4
An overview of the changes added to React DevTools 4.
William Strong
2019-08-28
Vincit Talks
Driving Customer Experience with VR/AR Technology
Outer Realm CEO, David Gull discusses how businesses can leverage VR and AR to create innovative and personalized customer experiences.
Vincit Talks
2020-09-25
Culture
Summer 2020 Update
And just like that 2020 is almost over! The last few months at Vincit has been a whirlwind. Navigating through this unprecedented time has been quite the challenge, but we’re happy to report that Vincit is continuing to move upward and onward.
Paula Tena
2020-09-04