We can help
Technology

Blog: How to properly build a cloud service 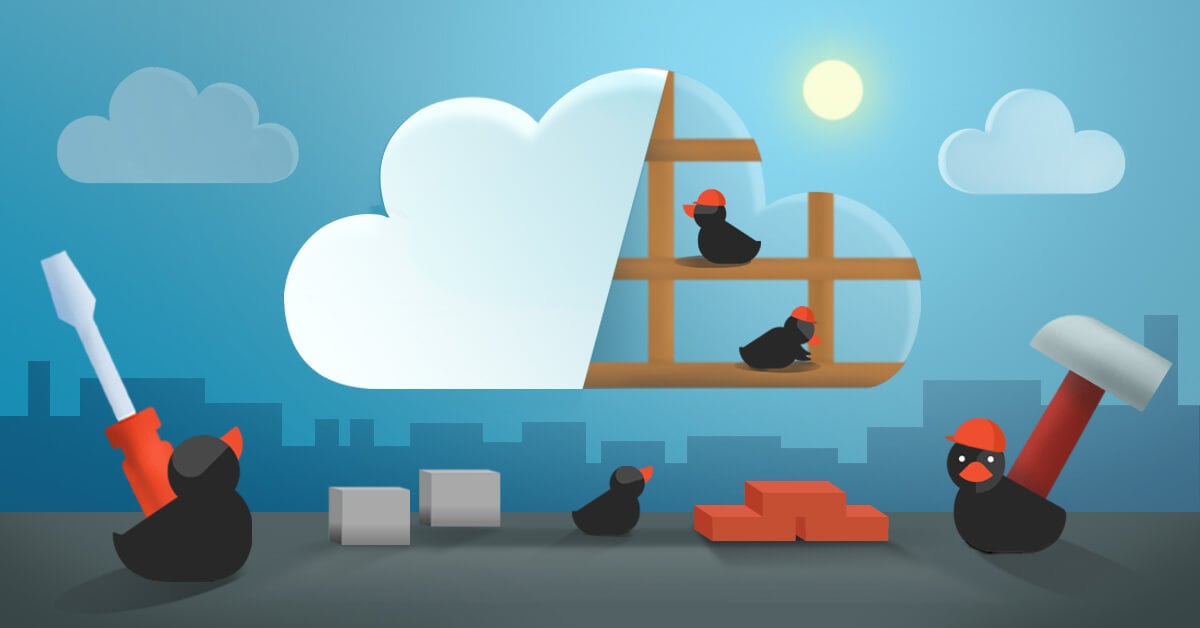 Two of the most common mistakes of cloud service implementation include the incorporation of all environments under the same account and the manual provisioning of cloud resources. Paying attention to these things when setting up your cloud service will save you a world of trouble later on.

Building your first cloud service can be a steep learning curve. When your project is expecting you to present some measurable results, there may be no time to get acquainted with all the best practices around. However, there are certain things that you should be aware of and that should be done properly right from the beginning to avoid future disappointments, out-of-control further development costs and even data breaches.

One of the laws of software development is that the decisions made at the beginning of your project lock things in place at least to some degree. Some technical choices may still be easy to change afterwards, but often the chosen solutions can be hard to drop later on. For instance, certain changes related to the infrastructure are extremely hard to carry out post hoc, meaning that these things should be done correctly already during the early stages of development. If best practices haven’t been followed in the implementation of the cloud infrastructure, it may generate technical debt that can be difficult to manage and has an adverse effect on the further development of your software development project.

Experiences gathered from various client projects can prove valuable when working on an extensive cloud service with several developers and a long projected lifespan. This text will focus on giving advice on how to use the two largest cloud service providers, AWS and Azure.

Separating resources in a cloud environment

Cloud service providers offer several ways of managing and separating environments. A popular way is to divide cloud resources into Resource Groups. This is supported by both AWS and Azure. By doing this, the cloud resources required by the production environment are clearly separated from test resources. Both AWS and Azure offer the possibility of limiting access to the Resource Groups, which makes it possible to grant a different number of access rights to the production environment and to the test environment. Other alternatives for dividing resources include things such as tags or using the internal staging/production functionality of the cloud service component (e.g. Azure App Service staging slot).

The one environment per account model also has other benefits apart from isolation, environment-specific invoicing being one of them. If there’s no more need for a test environment, for example, the account can be confidently removed without having to worry about affecting the functioning of production or other environments. Cloud services also have certain account constraints (AWS, Azure) that can be easily avoided by dividing the environments into different accounts.

Creating a separate account for each cloud environment required by the software may also present some challenges. While it may make user management clearer, the users need to be given access to several different environments. Since the invoicing of cloud services is based on the use of account resources, credit card information needs to be separately added for each individual account. Various solutions, such as AWS Consolidated Billing, can help manage this problem.

Cloud service providers usually offer elegant interfaces that allow you to quickly employ your cloud services. However, this may be a pitfall and something to avoid.

Even big organizations, such as Visma, have begun to realize that it doesn’t make sense to provision and maintain cloud services manually. Google’s State Of Devops 2019 report states that most top-performing organizations provision their cloud environments automatically. The automatic provisioning of cloud resources is one of the factors that helps to increase software development teams’ productivity in the long term.

The Infrastructure as Code approach uses a template to configure and launch the cloud services required by the software. The service can be any cloud service, such as a virtual machine, virtual network, load balancer, or a database. When changes are made to the configuration file, the changes are reflected in the cloud environment. This makes managing several different cloud environments significantly easier.

A parameterized configuration file can be automatically run into all the environments, which significantly reduces the risk of human error. Updating a cloud environment using a configuration file ensures that the different environments stay as identical as possible. This is particularly useful for troubleshooting and information security since all environments basically have the same level of protection.

Finally, if you want to get acquainted with cloud environment coding tools and wish to learn more about them, I recommend looking up some of the more popular choices. These include tools such as Cloud Formation (AWS), Azure Resource Manager (Azure), Cloud Deployment Manager (Google Cloud Platform), and the all-round Terraform.

Blog: Six reasons why you want to code your cloud environment

Blog: Count me in – Web accessibility impacts all of us