We can help
Data 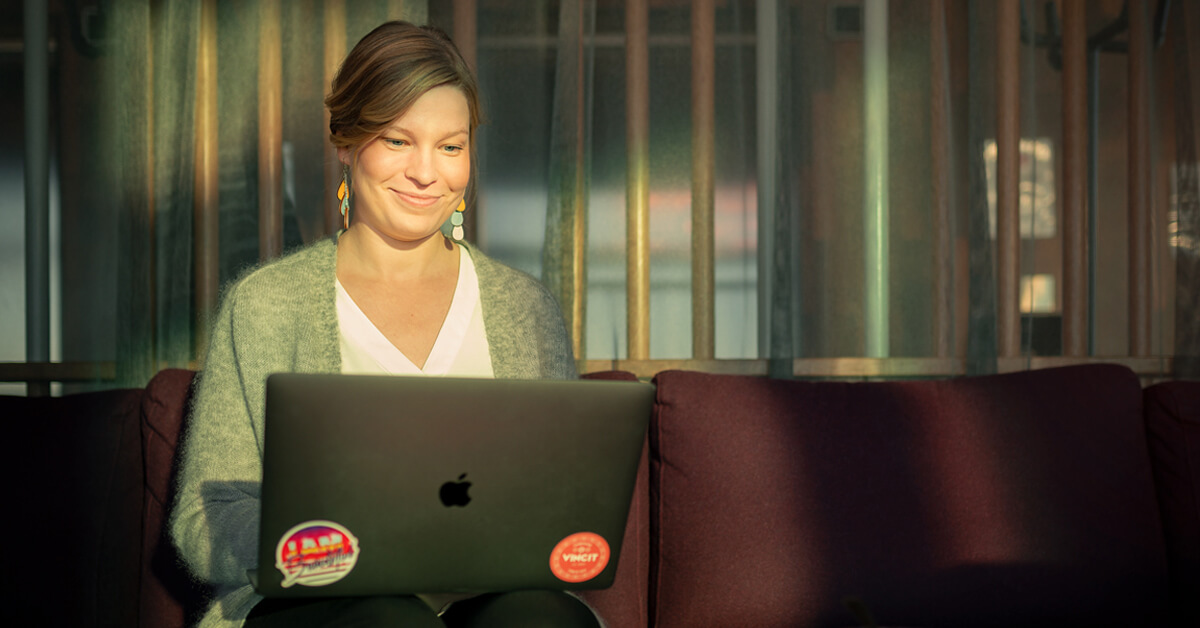 Service design and UX design are often understood to involve research and design methods that focus on people’s interactions, such as interviews, observations and usability testing. These methods provide information on the behavior and motives of users but should not be thought of as the be-all and end-all of UX and business development. Outside of qualitative research, data analysis may provide invaluable clues on your way to success.

If you’re a designer, you’re already well aware that service development requires patience and doesn’t end with wrapping up a development project nor with the roll-out. So, how do we carry out further development, then? How do we determine which feature is going to be the next item in the backlog and which design features are next to get our undivided attention? The easy answer is that the tasks in our backlog are budgeted and have been agreed together with the project team. In addition, we carry out testing and qualitative research that let us know how we should be developing the service. This much is clear, but what about data? Do you already know how to put it to good use?

Data analytics – what is it good for?

Data gives us both general and detailed information on the behavior of web page visitors. It lets us know which pages the visitors spend a lot of time on (either out of interest or frustration), what the conversion rate of a form is, and how many percent of the visitors click on the action buttons. In other words, it’s all about conversion optimization, which is everyday stuff for experts of digital marketing and analytics, but also a useful tool for service designers, UX and UI designers, project managers, and product owners, among others.

I got acquainted with the benefits of data analytics a couple of years ago. I was involved in a client project that led us to thinking about the kind of user data we wanted to collect on the service we were working on. We wanted to get information that would help us further develop the service and to find out which data streams we should follow in order to discover the pitfalls of service usability and conversion.

A real-life example of using data

Since my first data-related project, I’ve had the opportunity to work with a client that has a long track record of using and benefitting from data analytics. Ikaalinen Travel, Finland’s leading travel agency, has been partnering with Vincit since 2014. Optimization, use of data analytics, and A/B testing have been the driving forces behind the company’s development. Data has been used to follow business-critical events, such as touchpoint conversion rates along the path-to-purchase. All significant changes are reacted to immediately. A/B testing has been used for testing ideas before implementation, and the usability of new features has been analyzed with the help of video recordings.

Here’s an example: After developing one touchpoint along the path-to-purchase, we were finally able to publish an updated and long-awaited feature. Around the time of the roll-out, data analytics revealed a slight downturn in sales. This got us sweating: Was the new feature not working the way it was supposed to? Were the users having problems with using it? We decided to get to the bottom of the problem by making use of video recordings. We recorded some user sessions and, having analyzed them, concluded that the new feature was probably not the reason for the decreased sales. The culprit for the drop was soon sought elsewhere, and the video recordings were used for making minor adjustments to the new feature.

I’m lucky to have been involved in a project in which data plays such a significant role. It has opened up an entirely new world for me and has given me the opportunity to learn new things and grow as a designer. My hunch is that for many of my colleagues, service designers and UX and UI designers, using data for further development still doesn’t come naturally, but why is that? Why aren’t we making better use of the opportunities data can provide? The reason may be that sometimes we designers leave our projects too early. After roll-out, the project can be handed over to admins or the money tap for design is simply turned off. This means that, as designers, we’re no longer able to have a say in further development. It may also be that the client has another partner that takes care of their data analytics – meaning that the designers get the information if they’re lucky. Data analytics and A/B testing may also fall victim to tight schedules and budget pressures or they may be made the responsibility of someone else entirely.

Normalizing the use of data analytics

I myself plan to keep a keen eye on data from now on, since I’ve seen the undeniable benefits it can bring, along with A/B testing. Customer experience has a direct link to how successful a business can become. If your order form is clunky, it will reflect badly on both your customer satisfaction and your sales. In other words, track your sales, monitor your conversion rate, carry out the necessary analyses and get to it! And don’t forget to involve your designer. Remember that it’s not enough to have someone else follow your data and only inform your service, UX or UI designer when things need to be done.

In my opinion, designers should be involved already during the data monitoring and analysis phase because they have something very special to offer – a panoramic view over the problem. The designer has been part of the project from the very beginning, meaning that they know its history and the underlying reasons for various design choices. The designer is also familiar with the users of the service and their motives. And, it shouldn’t be forgotten, the designer is also able to provide a solution to the problem: in the end, it all comes down to ideation, visualization, testing and implementation.

Blog: What is UX Strategy? And How Can You Create and Transform the Customer Journey?