We can help
Culture

Blog: Living the good life – working as a digitalization professional at Vincit California 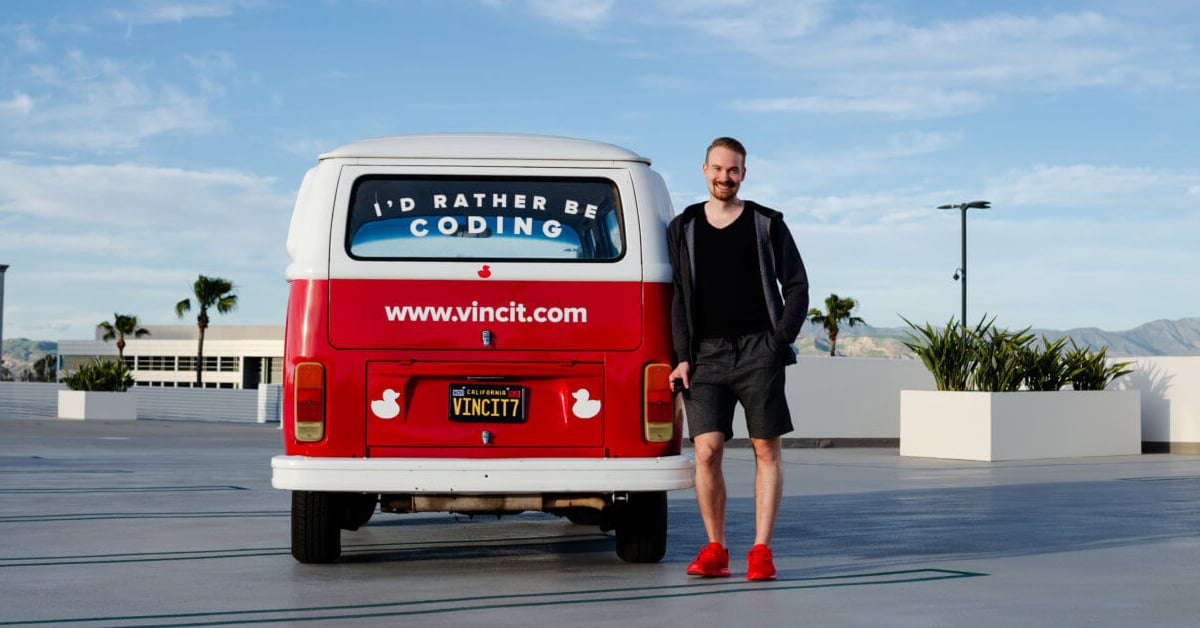 After more than six months of preparations, a lengthy visa process and 20 hours of flying, I finally landed at LAX.

The first weeks in my new home country just flew by as I rushed from place to place registering for electricity and gas supply, getting an American bank account, credit card and social security number and running other necessary errands. It could’ve been exhausting, but luckily the locals and my Finnish colleagues, who had been living in the country for several years, were always happy to help.

A rental apartment with a tennis court and swimming pool

After a week spent quarantined at my colleague’s place and getting tested for COVID, I was finally allowed to move into my own apartment in Irvine, right next to the Vincit office. A couple of Finns had just finished their two-year assignment and they left me some of their furniture, kitchen supplies and other useful things. I guess I was lucky, since not all Finnish Vincit assignees leave for Finland once their stint is over. Several people I know have sought continuation of their assignment and stayed in California to build their life there.

I live in an apartment complex where my rent includes the use of its swimming pools, gym, barbeque area and tennis court. I can pick up any postal package sent to me from the mail room, unless it’s delivered straight to my door. Especially in the beginning of my stay, I bought lots of everyday items from Amazon Prime, used Uber Eats and DoorDash to order food from restaurants and had groceries delivered to my door through Instacart and Amazon Fresh. With all the boxes lying around, for the first couple of weeks my apartment looked more like a logistics terminal than a home.

Tongue-tied but getting the hang of it

After the move, I headed to the office, which was slowly returning back to normal following the pandemic. My new coworkers welcomed me with open arms, and after I mentioned I was hoping to try some surfing and that I was interested in playing tennis, several of my colleagues quickly offered to join me.

The cozy open-plan office has a relaxed atmosphere. The country music playing in the background creates a positive mood, people are always dressed for the weather, and the employees’ dogs provide entertainment for the busy office workers. The view over the city from the 11th floor is amazing, and even though everyone works hard, there’s always time for a quick chat or lunch with colleagues.

The weeks are punctuated by two special days. On Taco Tuesdays everybody heads down to the nearby Mexican restaurant, and on Fat Fridays food is delivered to the office from a local restaurant. Although these traditions are great, the thing I miss the most about working at the Tampere office in Finland (apart from my colleagues) is the buffet in the cafeteria. Here, a light salad lunch in the downstairs restaurant can easily set you back $15 (around €12.50).

The work itself isn’t all that different compared to Finland. The days are eight hours long, and the client projects and handling of business problems seem very familiar to someone coming from Finland. You don’t need to be the best coder in the world, but you do need to be able to learn and adapt. The clients in the U.S. differ from the ones in Finland in one crucial aspect: scale. Since the country is so big, finding a good solution to a problem can have massive effects on profitability.

While my Finnish colleagues usually have upper university degrees, here the local software developers normally have a lower university degree, or they’ve gone to a coding school. I had had the opportunity to work with some incredibly skilled software developers in Finland, so I have to admit I was a bit apprehensive about how the difference in backgrounds would affect my work. I soon realized I had nothing to worry about. Many of the locals have worked at Vincit for several years and they’re highly motivated and skilled – someone’s educational background doesn’t really make a difference one way or another.

I was very nervous about getting to know my new colleagues and using English at first. As I tried to keep up with the fast-paced coffee table discussions I felt like I was watching a tennis match. The local People persons had already told me that all Finns who come to California always have doubts about their communication skills, although there have never been any language-related problems at the office. I soon got the hang of it and picked up the courage to speak with my colleagues some more. Strangely enough, I felt it was easier to use English in client projects than during breaks – maybe because I was already used to using English in my work.

The hippie van and new hobbies

Although the founder of Vincit Mikko Kuitunen has said that Vincit isn’t some bohemian hippie camp, both the Tampere and the California offices still have hippie vans that are used in various events and marketing. In my experience, the ’76 Californian beauty is the more feisty of the two.

I went to pick up the van already during my second week. On my way home, someone stopped right next to me at the traffic lights and signaled to me to roll down the window. The elderly gentleman in the car next to mine looked at me and said, “What does coding mean?” referring to the “I’d rather be coding” text in the rear window of the van. My helpful explanation got interrupted as the lights turned green and the other cars behind me started honking their horns.

As I was driving the van into the garage, the engine stopped and wouldn’t start again. I consulted Hans, our office sales-person-slash-mechanic, and we concluded that the fuel gauge was acting up and that I was probably out of gas. I quickly persuaded a couple of helpful individuals to push the van into the parking space with me.

The next morning, I poured some gas into the tank and the van let out a happy roar as the engine started. I drove to the gas station, fumbled with the fuel dispenser (it needed to be pushed against the tank!) and filled up. Afterwards, the car wouldn’t start again, so I had to call my colleagues to help.

After all these setbacks things started rolling, and I made several successful trips with the van. During my first month, I also had time to play tennis with my colleagues, and I tried golf, went on several hikes and spent a couple of really nice evenings out on the town.

Irvine offers an incredible range of outdoor activities: the city has lots of free tennis courts and places where you can go for a run, not to mention numerous mountain bike trails and city bike routes overlooking some amazing views. If you want to go outside after spending your day in the office, the probability that the weather is going to be good is pretty high.

There are many things to see and experience just a short drive away from the City of Irvine. If you’re looking for a laid-back beach vacay, you can head to San Diego. If you want to visit Disneyland or see the Anaheim Ducks play, you only need to hop in your car and drive for thirty minutes. There are also many opportunities to connect with nature nearby, such as the Joshua Tree National Park and the Big Bear Mountain Resort, where you can ski in the winter or go kayaking in the summer. You can also find several beaches, such as Newport Beach, Long Beach and Huntington Beach, just a short drive away..

Remember to check out the first part of this series, where I describe the things I needed to do before moving to California.

Are you interested in a career at Vincit and maybe going on an assignment abroad? Check out our vacancies and send us your application!

Blog: Back at work at Vincit – why was leaving and coming back worth it?