We can help
System Administrator 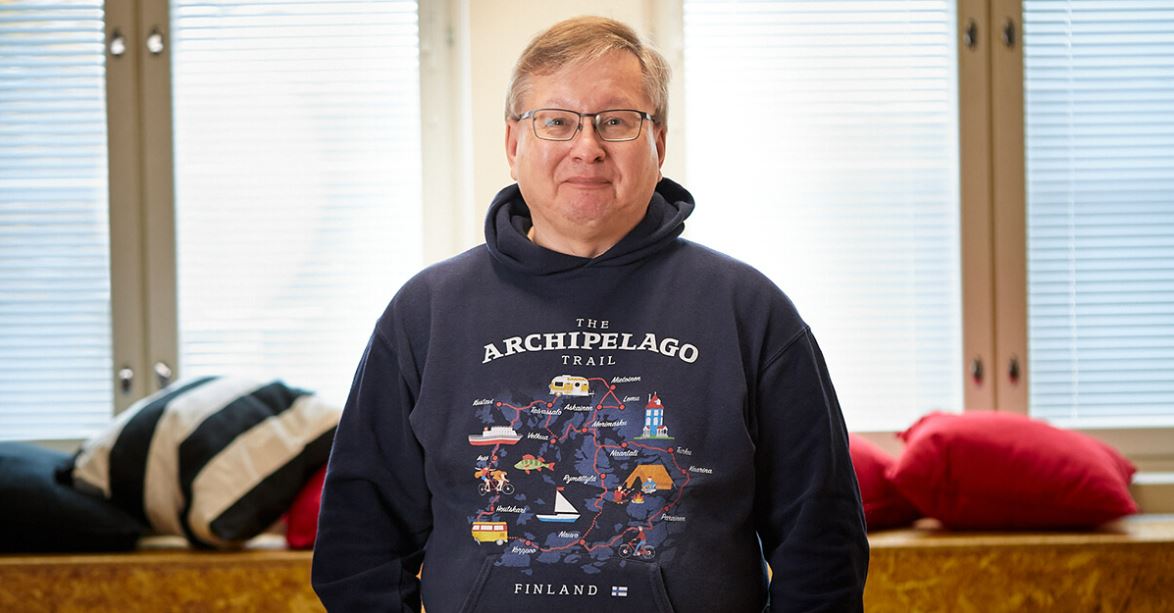 Petri Lahti’s technological awakening took place at the beginning of the 80s when he discovered an inspiring book in the library and found a ZX Spectrum under the Christmas tree. Now this code-savvy administrator makes sure that the clients’ world keeps revolving as planned. When not burdened by work-related responsibilities, the passionate “boat spotter” heads to the archipelago to observe the world maritime vessels.

Petri is part of Vincit’s DevOps & Platform Services team, which is responsible for services related to maintenance and further development. His job description includes going through the clients’ feedback, keeping an eye on the ticket systems, monitors and server logs, as well as doing maintenance work as needed.

“This job combines work with machines, admins and users. The work is ever-changing: when you’re on call, you never know in the morning what challenges the day holds. That’s precisely what makes this job so interesting, keeps you motivated and forces you to stay on top of your game in this field that’s always developing at an incredibly rapid pace.

ABC 80 sparked interest in IT

Petri’s fascination with boats began as a 3-year-old when he took the ferry to Sweden with his mother for the first time. Since then, he has traveled on various ferries in the Turku and Åland archipelago – to borrow his words – “a lot”. Lines of code and various systems appeared in Petri’s life some time later in the library in Halikko, which happened to harbor an interesting book.

“ABC 80 was a personal computer designed by Swedes and manufactured by Luxor, launched in the early 80s. It was so ridiculously expensive that practically no one could afford it. I happened to find a book about it in the library. It was somehow so fascinating that it came to mark the beginning of a journey that eventually led me to the university to study computer science and finally landed me this job.”

At Vincit, Petri monitors the systems of several significant operators, and the responsibility adds to the already interesting job description. The importance of the role is also a motivating factor, so it’s easy to find the necessary energy to leave for work in the morning.

“If there’s a system failure in some of the systems we maintain, it can cause a major disruption in data transmission or all kinds of nasty problems for many ordinary citizens and their everyday lives. In some sectors, operating losses can rise sky-high in just a few hours, if issues with some critical system prevent the placement of orders or the operation of the entire business.”

A symbiosis of talents

According to Petri, the people at Vincit are able to influence their work to a great extent. The work is flexible and offers some nice benefits, but the best thing about it is the diversity of professionals working on the problems every day.

“Here everyone is happy to help everyone else, and I often rely on the help of my colleagues in various software development projects. We try out various tools together, and since I have a background in programming, I can share my views on that front as well. Vincit places great emphasis on team spirit, too. The previous Team Building Seminars took us to Budapest and Amsterdam – I’m happy to say I was able to attend both of those trips.”

Towards something new and DevOps

Trips to the archipelago and ferry rides have been on hold lately, but Petri intends to get onboard a boat again as soon as possible. When it comes to competence development, Petri is planning to take steps toward DevOps next.

“This work is all about learning new things and developing your competences. I would love it if we were able to prevent failures in the clients’ systems in advance. I realize that’s a pipe dream considering that, more often than not, the problems are caused by external systems, but the better we understand the causes and connections of various things the fewer problems we will have with the systems we operate.”

Career story, Hannu Fonselius: A love for C64 led to a career in system architecture