When the ERP system of Wihuri Group subsidiary Vilakone Oy was upgraded, the effectiveness of the solution and its conformance with standards was also noted by a wider audience. As the result of smooth cooperation with us, Wihuri won first place in the SAP Quality Awards, Nordic and Baltic countries Innovation Project category. Besides the selected solution, the project’s success was made possible by flexible decision making on Wihuri’s part and the strong experience, expertise and commitment of our experts.

Since 2013, Wihuri Group has collaborated with us on the provision of SAP lifecycle services. We are responsible for the Group’s SAP solutions, including logistics, production, financial administration, maintenance, customer relationship management, e-commerce solutions and platform support.

Vilakone Oy is part of Wihuri Oy Technical Trade and as recently as in 2016, used a custom-made ERP system that no longer served the company’s business needs. As Wihuri Group already utilised SAP systems in several of its divisions, the decision was made to supply Vilakone with a next-generation SAP S/4HANA enterprise resource planning system as part of the Group’s broader digital roadmap.

Our expertise used in this case:

Before the actual project was launched, Vilakone carried out a comprehensive requirements analysis that reviewed the requirements for the future ERP system in detail. After the release of version 1610 of SAP S/4HANA, we demonstrated with a proof-of-concept assignment that the version met the key processes and requirements defined by Vilakone for the new system. Vilakone saw us as the right partner to supply the new system, and the actual project was launched on this basis in December 2016.

The new ERP system was deployed for use in early 2018, around 13 months after the project kicked off. Already in the early stages of the project, the groundwork was laid for a Group-wide Central Finance solution that focuses solely on financial administration and aggregates Vilakone’s financial administration to the Group level. The automation of processes has reduced the need for manual labour significantly in several areas. For example, time spent on monitoring working hours in production is down 70%.
Thanks to careful planning and implementation, Vilakone’s employees have been able to switch to using the new system. The number of technical support requests following deployment dropped off significantly already after the first month of use.

Expansion to Russia and Technical Trade

Shortly after the new system was adopted by Vilakone, its use was expanded according to plan to Wihuri Oy Technical Trade as part of a Group-wide digitalisation project. Following Vilakone’s expansion to the Russian market, the rollout of the project was carried out also for that operation.
New challenges arose when the technical wholesale business was added to the ERP system. As Vilakone focuses on the manufacture of machinery and their accessories, the company’s own production and its management are central to enterprise resource planning. In turn, Wihuri Oy Technical Trade focuses on wholesale, maintenance and aftersales service. In collaboration with Wihuri, we designed new functions to streamline maintenance and sales processes, for example.

One concrete example is the change in invoicing. Previously, customers’ invoices had to be entered separately in the operator’s extranet, but this was changed to allow invoices to be generated directly in the SAP system. Automating manual processes frees up resources for continuous business development.

The company can be managed more methodically thanks to improved documentation of processes, tools and work methods. At the same time, tacit knowledge is made explicit. Processes with potential for improvement are easier to detect, which saves costs and increases predictability.

After S/4HANA 1610 was deployed for Technical Trade, SAP released the new S/4HANA version 1709. The version added new functionalities and improved existing features. we implemented a version update for the entire solution.

SAP is continuously developing SAP S/4HANA to improve user experience with new user interface solutions. Each update opens up new possibilities, because SAP continues to add new built-in standards and processes to the system. By updating to the latest version, Wihuri gains access to the new features.

Over its 120 years of operation, Wihuri has expanded to become an international conglomerate. The Group operates in four industries with 5,200 employees, covering manufacturing, import, sales and maintenance services.

What’s in your mind? 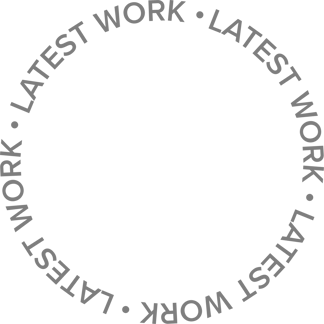 Just drop us a line and we'll get things rolling!

Before dropping us a line, tick the box that you’re interested in: